In my role as Executive Director of the WLU Foundation, I work with alumni donors to establish scholarships for WLU students and to advance important projects that benefit the university. I always enjoy hearing stories about faculty members who impacted the lives of our alumni. There are two names that come up with greater frequency than most, Dr. Raymond Hughes and Dr. Thomas Babb.

Babb was a professor of marketing and chairperson of the Department of General Business and Marketing from 1961 until 1992. Babb’s tenure at West Liberty was filled with accomplishments including, finalist for West Virginia Professor of the Year in 1991, recipient of WLSC Exemplary Professorship Award 1989-90, recipient of certificate of award for outstanding achievement in promoting marketing education in 1984, and selection as an Outstanding Educator of America in 1971.  He was most known to his students as being relentless in his demand for excellence and professionalism.

Babb was born on July 26, 1930 in Hertford, NC. His family eventually moved to Whiteville, NC, near Myrtle Beach, SC, which he referred to as home. His father encouraged him to attend college, so he enrolled at Bob Jones University, majoring in commerce. After graduation, he enlisted in the US Navy, where he served four years, and then decided to pursue a master’s degree at the University of Tennessee. During his time there he had his first experience in teaching, serving as an assistant teacher for a marketing professor. Later, he took his first job at Michigan Technical College, where he taught marketing and economics. He stayed there three years but decided to explore positions in warmer climates. He found WLSC, which he had never heard of, and accepted a teaching position in September 1961.

Babb felt rewarded in his profession. Although he admitted he could have gone into business himself, he believed success is not always defined by money. In an article published in the WLSC student newspaper upon his retirement he stated, “There is something satisfying about the teaching profession. Yes, we could go into other professions and make more money, but there is great personal satisfaction in helping to mold and educate young people.”

Babb was most known for the professionalism he exhibited in and out of the classroom. He worked long days and lived by the motto “stand tough and educate” which meant “I’m here for a purpose and students are here for a purpose, and I should try to do the best job possible in preparing you (the student) to go out into the business world. Sometimes students want the easy way but I don’t think that’s going to help you out.”

Teaching was not only rewarding for him, but his commitment was rewarding to the WLSC students he mentored. A significant testimony to the impact he had on the lives of Hilltoppers, is the fact that he has two endowed scholarships, which were established in his honor over the years. The first one was established by business executive Peter Sontag ’69. Upon the fund’s establishment, Sontag stated “I wanted to honor Dr. Babb, because he had a profound influence on my career and the development of my business acumen. He was relentless in his demand for excellence, professionalism and responsiveness. I am grateful that I had the opportunity to learn from Dr. Babb and hope that the establishment of this scholarship will assist deserving students to also pursue his path of excellence.”

The Dr. Thomas J. Babb Scholarship continues to help worthy WLU students enrolled as business majors in the Gary E. West College of Business. The second fund was recently established by an anonymous donor and will benefit students majoring in marketing from Marshall County, WV. This fund is known as the Marketing Scholarship in Honor of Dr. Thomas Babb.

The two funds together now total nearly $200,000 in endowment. It is the privilege of the WLU Foundation to manage these funds and share his legacy with our students.

There are countless other alumni who shared their stories of Dr. Babb with me. I know he corresponded and visited with many alumni over the years. I had a regular phone and letter writing relationship with Dr. Babb myself (he was not a fan of using a computer). I enjoyed getting to know this West Liberty legend and I know his legacy will endure on the Hilltop for many years to come. 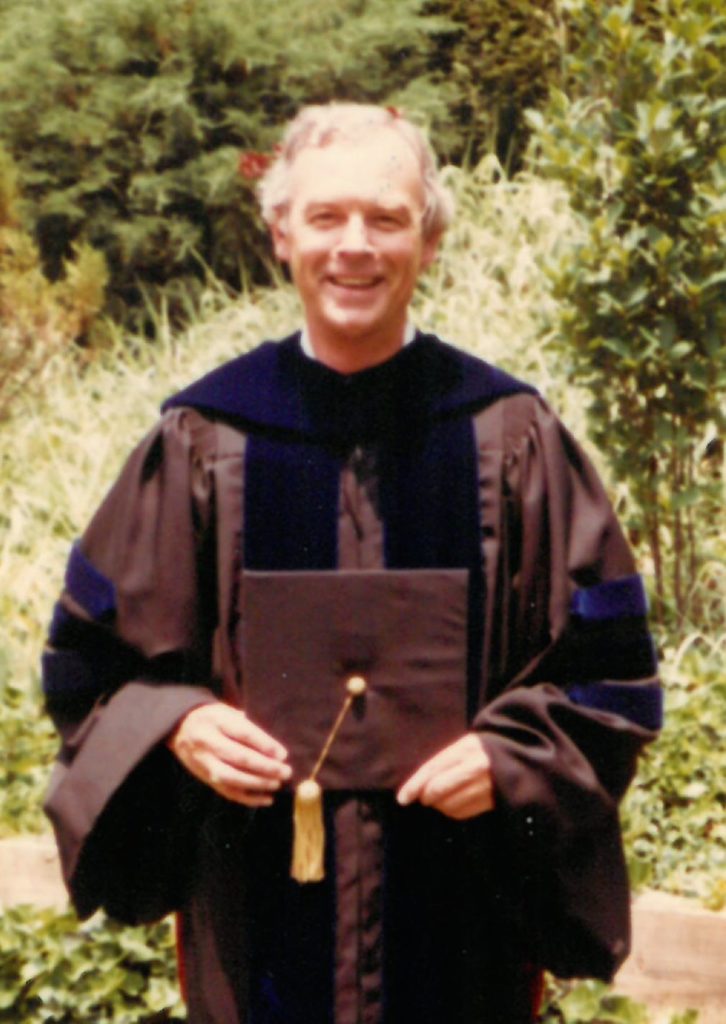 If you would like to make a contribution to Thomas J. Babb Scholarship, you can donate online or mail a check to: